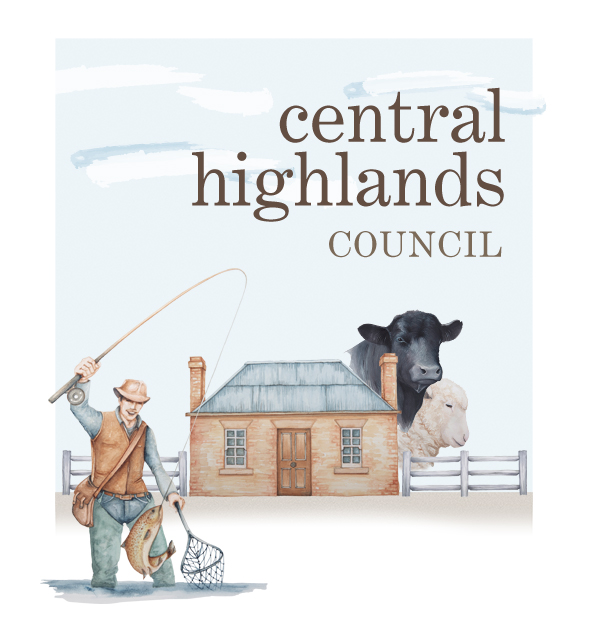 Tuesday 7 February
to 10am Tuesday 7 March

RESULT (abstract of the count)

Each elector receives a ballot pack containing a ballot paper and a booklet which has voting instructions and statements from the candidates.

This means there is a 'polling period', rather than one polling day as for state Parliamentary elections. Every elector will be sent their very own postal ballot pack at their postal address. You then have around 4 weeks to complete and post your vote back to the returning officer. In 2017 the Central Highlands by-election polling period is between Tuesday 7 February to 10am Tuesday 7 March..

If you are outside of Tasmania during the polling period, you may apply for an express vote.

Between 7th and 10th February, keep your eye on the mailbox for your ballot pack, which will look like this: 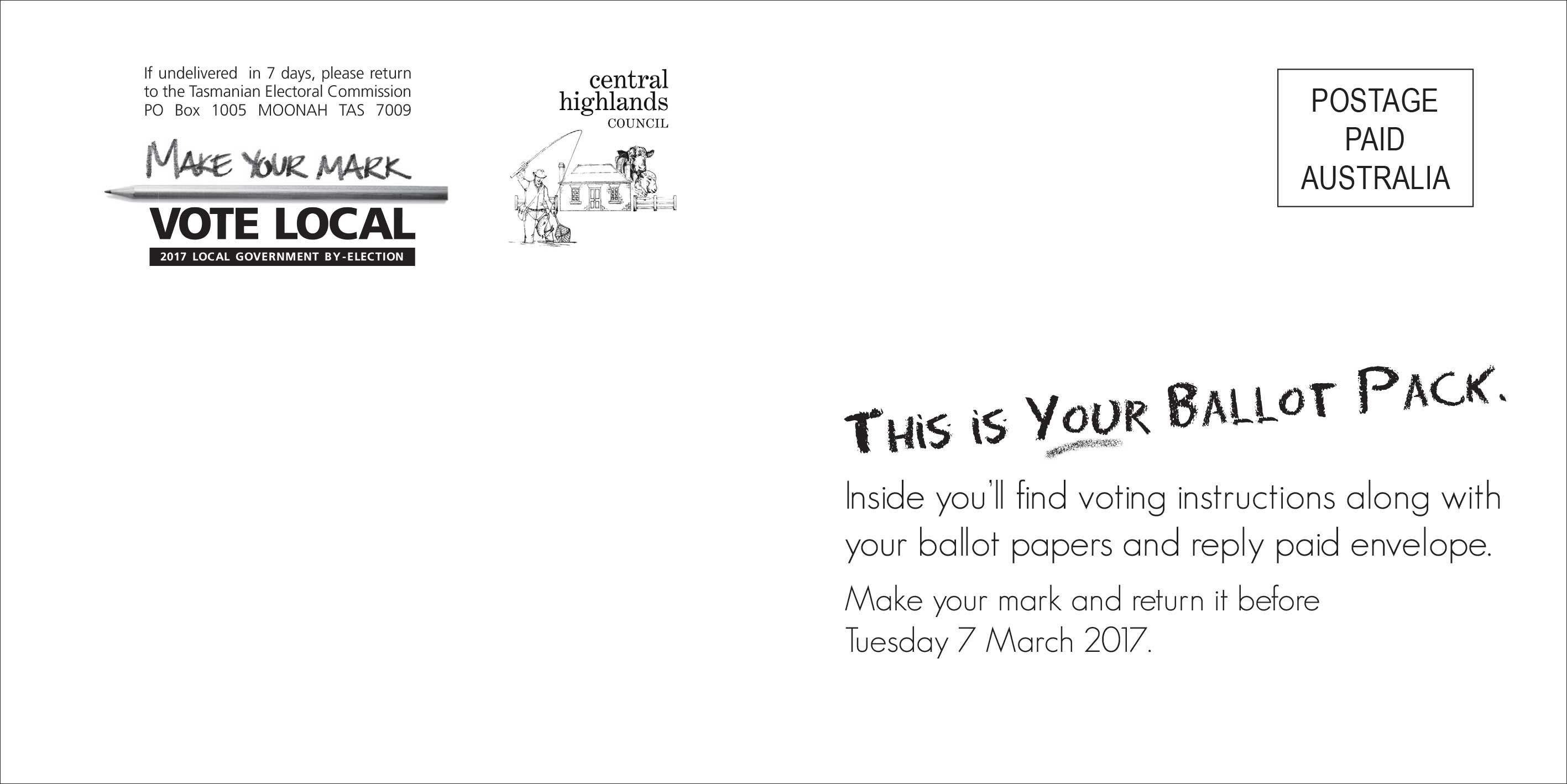 Who can vote in local government elections?

Are you on the State electoral roll?

If you are currently on the electoral roll, you are automatically on the Local Government roll for the municipal area (council) in which your enrolled address is located.

If you are eligible to be on the state electoral roll but are not correctly enrolled, you can:

To be enrolled correctly for the 2017 Central Highlands by-election we need to have received your completed enrolment form before 6pm Thursday 19 January 2017.

What if I have a shack or a shop—or if I’m not an Australian citizen?

You are also eligible to be on the Local Government roll if:

To enrol under these special provisions you need to complete the appropriate enrolment form:

To be enrolled under these special provisions for the Central Highlands by-election you need to ensure that the General Manager for the Council in which you are enrolling has your completed enrolment form before 6pm Thursday 19 January 2017.