A by-election, conducted by postal ballot, will be held to fill a vacancy for one councillor on the West Coast Council. This by-election has been triggered by the resignation of Councillor Leigh Styles on 21 December 2021 and it not being possible to carry out a recount due to the exhaustion of unsuccessful candidates from the 2018 election.

The term of office of the elected councillor will be until the completion of the next ordinary election (due to be held September/October 2022).

Summary of the rate of return of postal votes.

From 9am
Wednesday 23 February

This means there is a 'polling period', rather than one polling day as for State Parliamentary elections. Every elector will be sent their very own postal ballot pack at their postal address. You then have around 4 weeks to complete and post your vote back to the returning officer. The polling period for the West Coast Council by-election is from Tuesday 25 January to 2pm Tuesday 22 February 2022. 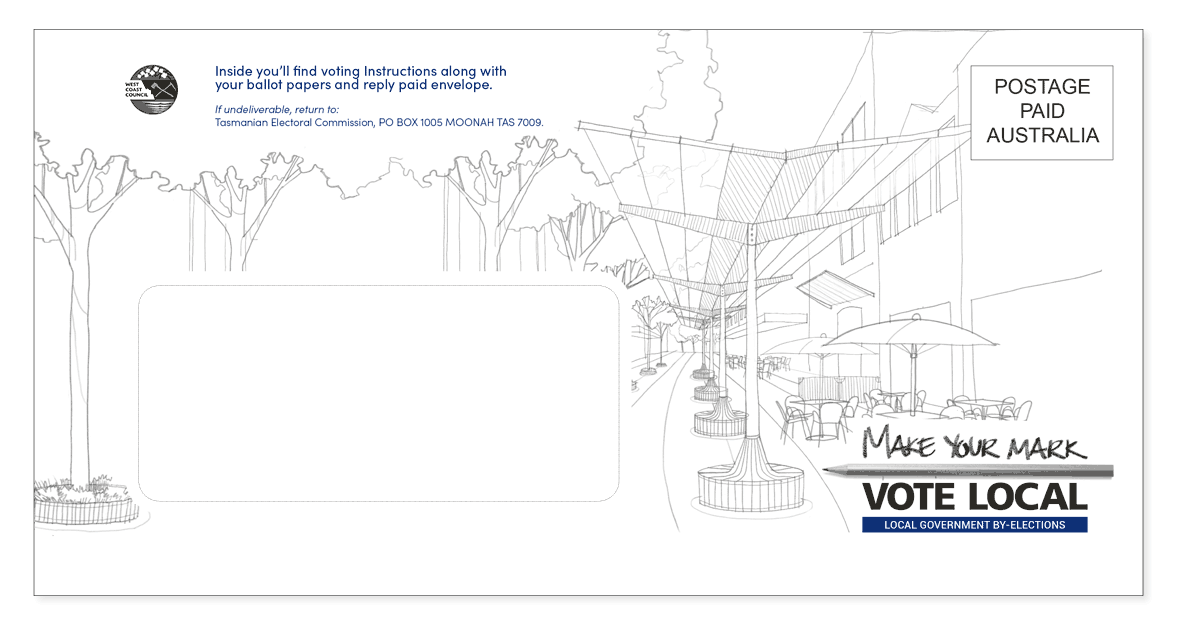 From Thursday 27 January, keep your eye on the mailbox for your postal ballot pack, which will look like this with your council logo.

If you haven't received your ballot pack by Friday 28 January or have misplaced it, visit and vote at your  council office or contact us the TEC on free call 1800 801 701 for a replacement pack.

This chart shows the number of ballot paper envelopes returned per day, and a cumulative total.

Considering standing as a candidate?

Detailed election information and procedures, as well as requirements regarding campaigning, nominating and submitting candidate statements.

Use this simple search tool to learn who currently represents you at each level of government.

The address link below opens the location in Google Maps in a new window.

A record of by-elections and recounts held since...